Why an Ivy League May Not Be Your Best Choice

Posted by Savena Wright on in College Posts, General Posts

Let me tell you a story of my husband Eric to help illustrate my point.

For those of us who don’t have quite as many stamps in our passports, travel, especially to far off and intriguing places, can seem sexy and hip, to which my husband is always quick to reply, “It’s definitely not.” But there is one thing he covets above all else when it comes to the perks, real or perceived, of traveling: status. 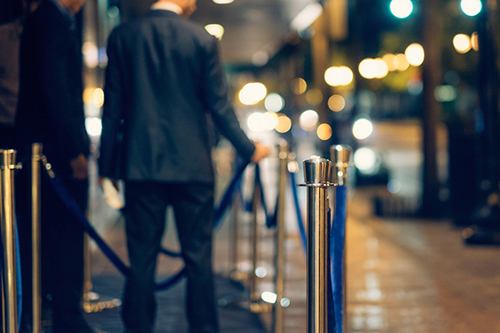 He has it with airlines, hotels, Amtrak, and car rental companies. And he uses every benefit associated with said status whenever and wherever he can, from the free wifi and waters offered to him as a Hilton Diamond Honors member to upgraded rooms and flights. He believes wholeheartedly that he has earned them, and if I’m being honest, he has a bit of that experienced traveler impatient arrogance vibe.

You know who I’m talking about: the people in line who are so calmly annoyed by the rest of us less seasoned travelers who overpack and fumble with our documents as we approach the gate delaying the boarding process? Yep, that’s him.

He never overpacks, and in spite of being bombarded by messages insisting that travelers arrive hours before their flights, he typically manages to make it to the boarding line just in time. Thanks in large part to status.

I think in some way, having status validates the countless hours he’s on the road, unconsciously telling himself that, if he must travel— be away from family, sleep in beds that don’t always offer a restful night of sleep, and eat foods that are surely decreasing his life expectancy— at least he gets the perks of status. He’s earned them, after all.

So when he approached the lines for his most recent flight from DCA to LAX, he automatically headed to his designated line, you know, the one for travelers with status.

Only this time, instead of the status line being the obvious choice made clear by the presence of significantly fewer people, it was the opposite. There were more than double the number of travelers in the status line verses the one being offered for the regular travelers.

Even so, he was so convinced of the merits that status offered that he allowed entitlement and haughtiness to trump good old common sense and reasoning. Eric stood in that line, believing that because this was a designated status line, it was therefore a better option in spite of evidence that was screaming the contrary.

By the time he approached the counter, he realized that he probably should have made a different choice, you know – thought for himself instead of allowing travel dogma to keep him rigidly in a status line that clearly wasn’t working for him.

And so, too, is the case with choosing a college.  All too often, kids and their parents select colleges based on their status.

They wait and wait in the status line, also known as the sea of other applicant hopefuls, convinced that this is the best option. Meanwhile, those students open to exploring schools with rich curricular, extracurricular, and career offerings –albeit with less status— may just end up sailing by their stubborn counterparts.

I’m not suggesting that our nation’s most elite schools have nothing to offer. Rather I’m suggesting that college hopefuls not consider categories of schools as either/or. Many of America’s elite institutions employ professors at the forefront of academic research, offer a network that is valuable in the job search process, and create a context that helps students thrive. But so, too, do other colleges and universities who fail to attain a top 20 US News and World Report ranking.

And there is a small word with huge implications in the world of college admission: fit.

Just because a college is deemed externally by others to be amazing and admits fewer than one tenth of applicants, it doesn’t mean that it will be an amazing school for you, even if you manage to earn admission.

So the next time you think about the schools of interest on your college target list, ask yourself this: am I in this line primarily because of status? If the answer is yes, you might just want to consider making a beeline for a shorter, more effective one.

Do you think pursuing status in college admissions is worth it? Do you agree or disagree? We would love to hear what you think!