What the Heck is an MMI?

Posted by Ruchi Doshi on in Medical School Posts 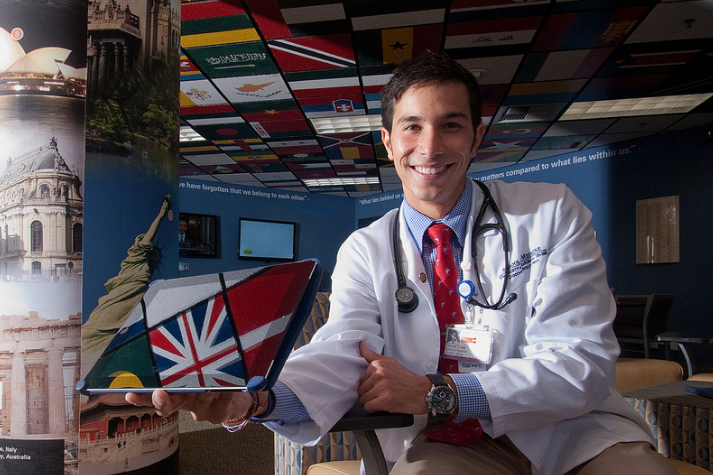 When I was applying to medical school, the MMI was shrouded in mystery – and to some extent, it still is. Students who participate in an MMI typically have to sign a contract stating that they will not discuss the stations in detail. With that in mind, here is some basic information about MMIs.

What is the MMI?

The MMI is a series of 7-10 short (usually 6-8 minutes) interview stations that assess not only a student’s ability to think on their feet, but also their professionalism, cultural competency, maturity, empathy, ethics, values, interpersonal skills, problem-solving skills, and communication skills.

MMIs are meant to decrease bias and better assess students’ personalities. Think of it this way – you are more likely to have one terrible traditional interview than it is to have 8 poor performances at the MMI stations. In fact, it may be better than traditional interviews! Interviewers are usually blinded to the application before the interviews to avoid any positive or negative biases.

What kinds of scenarios will I get in an MMI?

The MMI scenarios can be similar to real-life versions of traditional interview questions. Schools are looking to evaluate student reactions to unexpected situations, patient confidentiality, ethical scenarios, knowledge of current healthcare issues, and critical thinking – all things that traditional interviews may ask you about. The difference is that MMI wants you to show them, rather than tell them.

It is totally possible that you will have little to no clinical knowledge regarding the scenario, unless this is a large healthcare issue that you are expected to know about (for example, that the Affordable Care Act exists, or that obesity is a public health crisis), do not worry about not knowing the medicine! It is much more important to have a logical framework that allows you to deliver and defend cohesive answers in a short time frame.

Also keep in mind there are no “right” or “wrong” answers – interviewers are assessing your critical thinking and teamwork, and as long as your reactions and solutions are appropriate, it is okay for them to be different than other applicants’!

Below, I’ve presented several prompts – remember, prompts are written so that a college senior can easily understand the issues presented and are NOT meant to be complex. Some of the prompts below may be significantly harder than what would be expected at an MMI.

Remember to listen carefully to your interviewer during the MMI – he or she may provide additional prompts that are designed to help guide you through the scenario. These prompts may even include new information that can help you give a better, more-informed answer.

What can I expect the day of the MMI?

How can I prepare for an MMI?

Practice makes perfect. Here is a great list from the University of British Columbia.  Remember that you only have eight minutes, so practice scenarios with friends using a timer! Search online for lists of scenarios and act them out; think through common questions and come up with answers that incorporate specific examples.

Train yourself to look at problems from diverse perspectives. It is incredibly easy to see only one side of an issue and assume that it’s the correct way to view that problem (examples: presidential candidates, gun control, abortion policy, immigration). Make sure you take the time to carefully consider the other side of the coin, and be prepared to acknowledge those perspectives and take them into consideration when interviewing. This is a golden opportunity to demonstrate that you are a consummate professional who thinks carefully and makes deliberate decisions, considering all pertinent information and viewpoints!

Some of the scenarios may be designed to rattle you – your interviewer is likely not being antagonistic for personal reasons. They may be purposefully trying to see how you react to pressure, or how you deal with conflict. Don’t let the stress get to you! Additionally, in several scenarios, interviewers may not react to you – it is their job to remain neutral, and to not let you know what they are thinking. In fact, some may not respond to you (if your prompt is to speak about a certain healthcare issue, for example), except to ask clarifying questions. Again, this is a part of their job – it does not mean the station is going poorly.

What are common mistakes people make?

The biggest one is not being prepared – either people “practice” in their head, or do not practice with a stopwatch. These are timed scenarios, and thinking is usually much faster than speaking. There may not be a clock in the room, so make sure you have a gut feel for how much time you have used. Other common ones are getting visibly upset during moments of conflict, not making eye contact, and not actively listening to the interviewer or reading the prompt carefully.

Is it really an awful experience?

No! Most applicants have a lot of fun with MMIs. While it sounds stressful, in reality it is an exciting opportunity to think critically, solve some challenging problems, and hear some interesting perspectives – think of it as a preview into some of the experiences you will have as a medical student!

Do you prefer MMIs or traditional interviews? Share with us below!

Medical School Expert & Consultant at Admit.me
Ruchi studied at Rice University before attending Johns Hopkins University School of Medicine and Johns Hopkins Bloomberg School of Public Health for her MD and MPH. In between medical school advising and her extracurricular activities, you can find Ruchi trying out coffee and pastries in Baltimore!